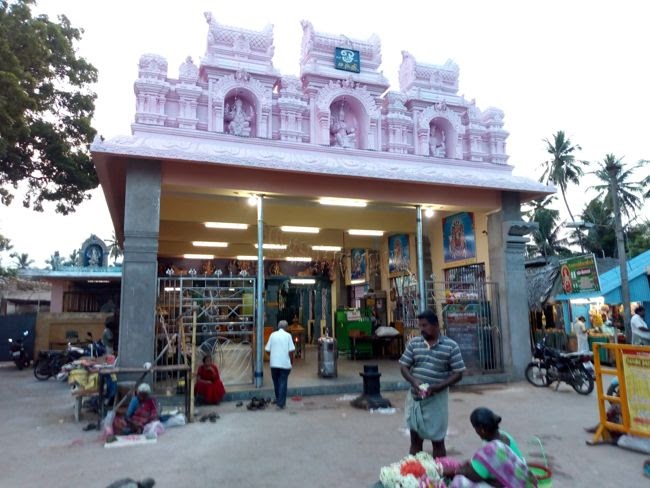 Prakash D March 12, 2019 Remedy Temples , Temples 0 Comments
Parihara !! It has become quite a common word these days among us and we all would have heard this word from any astrologer. Parihara means, it’s a set of actions that needs to be performed in order to remove or reduce the ill effects of doshas that are caused because of the positions of the Planets in ones’ horoscope. Each dosha has its own set of Parihara (i.e.) the type of Parihara to be done depends on of the type of Dosha in the horoscope. We Indians have a strong belief in God and so whenever we face any problem or any issue, we visit a lot of Parihara sthalams and we seek the blessings of God by doing the Parihara. When we start looking at Parihara sthalams, it’s like an ocean and it cannot be compiled or covered at a stretch. Below is the second list on some Parihara Temples (Sthalams) To Visit For Good Health & Curing of Diseases which was published in spiritual magazine. For Part 01 - Click Here

Mariamman Temple is a Hindu temple in the town of Valangaiman in the Tiruvarur district of Tamilnadu, India. The main God here is Valangaiman Mariamman and Amman. This temple is a Amman Koil. The Temple is situated with cultural style. The Sudha Idol of Mahamariamman in the front elevation is attractive with natural appearance. The stone idol of Pechiyamman, Erulan and Veeran are situated in left prakara mandapa. This temple is called Paadikattiya Amman temple dedicated to Mariamman. It is also known as Sri Valangaiman Maha Kali Temple and is very old - 1000 to 2000 years old. The most important prayer commitment in the temple is the Paadai Kavadi – a ladder horizontally placed and decorated for carrying a dead body. The father is placed on this and carried as a corpse. The son with all devotion will carry the fire pot and the wife of the acting dead person will accompany with neem leaves. In some cases, the son will be on the Paadai with father and relatives carrying the fire pot.

Vaidyanathar temple is a Hindu temple dedicated to the god Shiva located in Tamil Nadu, India. Shiva is worshipped as Vaidyanathar or the "God of healing" and it is believed that prayers to Vaitheeswaran can cure diseases. The holy waters of the Siddhamirtham tank in the temple complex contains nectar, and a holy dip is believed to cure all diseases. The temple was built by Thirumalai Nayak during the 16th century. As per local legend, the Nayak king Thirumalai Nayak suffered from stomach pain and he arrived at Madavar Vilagam in an ivory palanquin and stayed there for 48 days. He was completely cured and as a mark of his gratitude, he constructed the Natarajar hall as in Madurai Meenakshi temple. He also built drum halls from the temple to Madurai as he would take his midday meal only after hearing the drum sounds indicating the mid day pooja is complete in the temple.

Vaitheeswaran Kovil or Pullirukkuvelur is a Hindu temple dedicated to the Lord Shiva, located in the Indian state of Tamil Nadu. Shiva is worshipped as Vaidyanathar or Vaitheeswaran meaning the "God of healing" and it is believed that prayers to Vaitheeswaran can cure diseases. Vaitheeswaran is a Tamil derivative from vaidya (Doctor) and Ishvara (God/Master). The presiding deity is Sri vaidyanathan. He is the God of Healing. When pronouncing in Tamil, it sounds like "vaideeswaran". It is one of the nine Navagraha (nine planets) temples and is associated with the planet Mars (Angaraka). The holy waters of the Siddhamirtham tank within the temple complex contains nectar, and a holy dip is believed to cure all diseases. As per Hindu mythological stories, once the planet mars (Angaragan – one of the navagrahas) got a deadly disease and was worried. He was told by unmanned voice to visit the temple at Vaitheeswaran Kovil. When he visited here his disease was cured by Lord Shiva (who came in the form of divine doctor along with his consort Parvathi). So the lord here is called as Vaitheeswaran (a doctor).