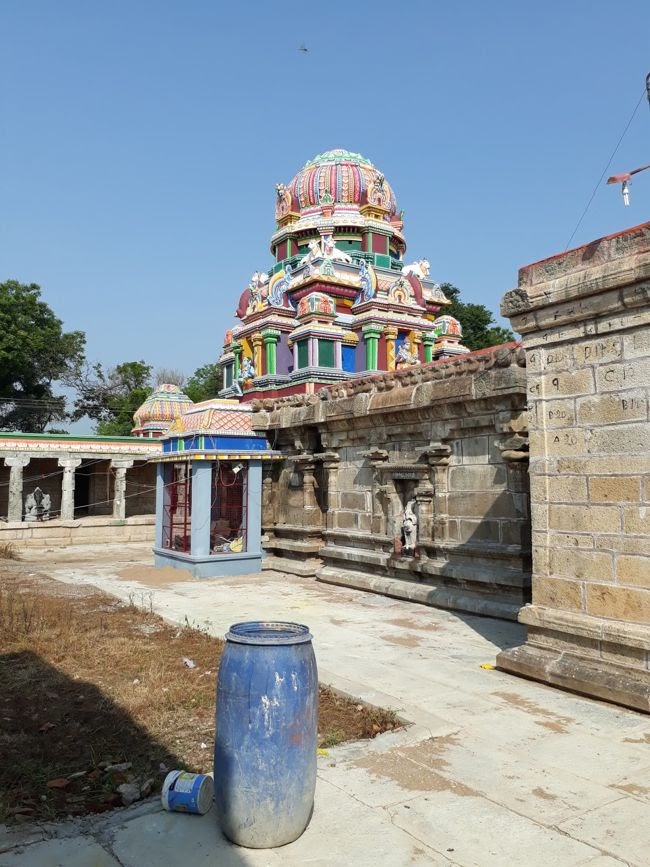 Prakash D March 03, 2019 Amman , Tamil Nadu 0 Comments
Sri Madhurantaka Choleswarar Temple is located in Cuddalore district of Tamilnadu. Tholudur or Thozhudur, (meaning "village of worship"), are twin towns decorated by Vellar River in Cuddalore District, Tamil Nadu, India. The temple is clearly a treasure trove of unique sculptures. The walls were tattooed with the remains of the stone inscriptions. Three of these inscriptions have been cleaned and transcribed. From the inscriptions, we come to know that this temple originally dates back to 967 AD and subsequently it was expanded and the front mandapam was built in the year 1210 during the period of Kulothunga Chola III.

While the Lord Madurantaka Choleeswara faces East, the main entrance to the temple faces South and there is a small opening as one enters from where they can directly worship the Goddess Brahannayaki (Periyanayaki). The Koshta Deities around the temple are all so adorable. To start with, is a petite Ganesha who is surprisingly called "Ucchishta Ganapathy". After completing the circumambulation, when one enters the temple, Goddess Brahannayaki or Periyanayaki as she is known in Tamil is found in a separate shrine to the right. She is by far the most beautiful deity I have so far seen. With her eyes showering love and compassion, she is waiting to welcome devotees and shower her blessings upon them. The notable feature in her is the presence of the third eye on the forehead. Goddess is worshipped through a window with nine holes.

The vibration at this temple is truly amazing. Concentration is effortless and you are soon sucked into a vacuum with no thoughts.. This is a unique experience to be experienced by all serious seekers.

Tholudur is a Village in Mangalur Block in Cuddalore District of Tamil Nadu State, India. It is located 106 KM towards west from District head quarters Cuddalore. 8 KM from Mangalur. 267 KM from State capital Chennai. Thozhuthur (or Tholudur) is off the Trichy - Chennai National Highway (NH 45). It is part of the Tittakudi Taluk of Cuddalore district. Tittakudi, Perambalur, Virudhachalam, Thuraiyur are the near by Cities to Tholudur. The Gurukkal, Mr Periyaswamy says that it is very significant to visit the temple at noon and meditate before the Lord. He also mentioned that there have been a number of visitors to the temple stating that the Lord had appeared in their dreams and asked them to come here and worship Him. This Place is in the border of the Cuddalore District and Perambalur District. Perambalur District Veppur is South towards this place.