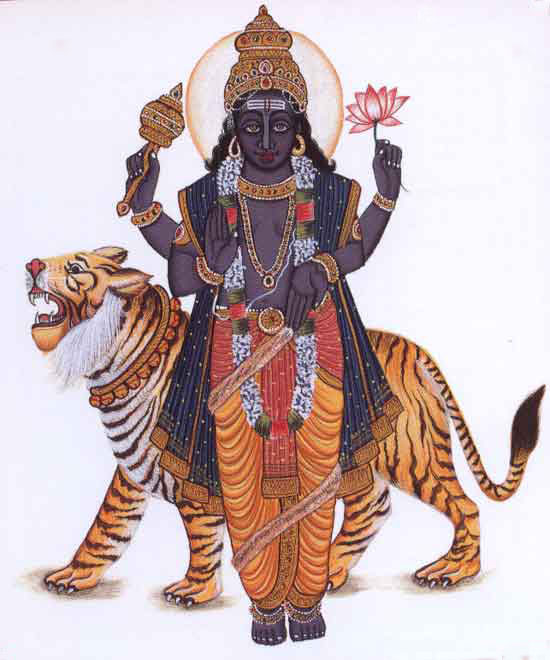 Prakash D May 14, 2016 Rituals - Beliefs - Practices , 3 Comments
Rahu Ketu is known as the nodes of the Moon. Rahu is the North Node and Ketu is the South Node. Rahu and Ketu have the prime importance in Vedic Astrology. They are called as Chayya Grahas (shadow planets). They have no material and are not physically exist. Even their impact is full of strength and divine meaning. With their shadowy nature, they act on an emotional level. It is always difficult to count their effect because they affect internally. Rahu and Ketu are nodal points but got planetary status due to the blessing of Goddess Durga. The seven days of the week are believed to be ruled by the first 7 of the Navagrahas, such as Monday by Moon, Tuesday by Mars, Wednesday by Mercury, Thursday by Jupiter, Friday by Venus and Saturday by Saturn. Rahu and Kethu do not have separate days, but both are said to rule 1.5 hours each, every day. The time period ruled by Rahu is known as Rahu Kaal or Rahu Kalam, and the 1.5 hours ruled by Kethu is known as Yama Kandam. Rahu Kaal and Yama Kandam are considered inauspicious by Hindus, to carry out any important activities.

Inverting a freshly cut and squeezed lime cover, then remove all the hair present inside and light a ghee lamp in its inverted cover (insides turned into a lamp) during Rahu Kalam time helps to nullify the negative effects of Rahu and get the blessings of Goddess Durga. Mother Durga is the power that guides and protects the devotee’s spiritual practice form its many danger and pitfalls. So, by performing this Rahu Kalam deepam, Mother Durga will bestow peace and prosperity in our life. Light this lemon lamp in any Durga Temple. The squeezed juice can be offered to Goddess as neivedyam and can be in taken as prasadam.

Rahu Kala pooja is always preferred performing in the temples only. In case, if it is not possible to go to temple on genuine reasons one can perform Rahu Kala at Home with following the below procedure. One should observe fasting till you complete the pooja. But, people who are not able to be in fasting can have milk and fruits.